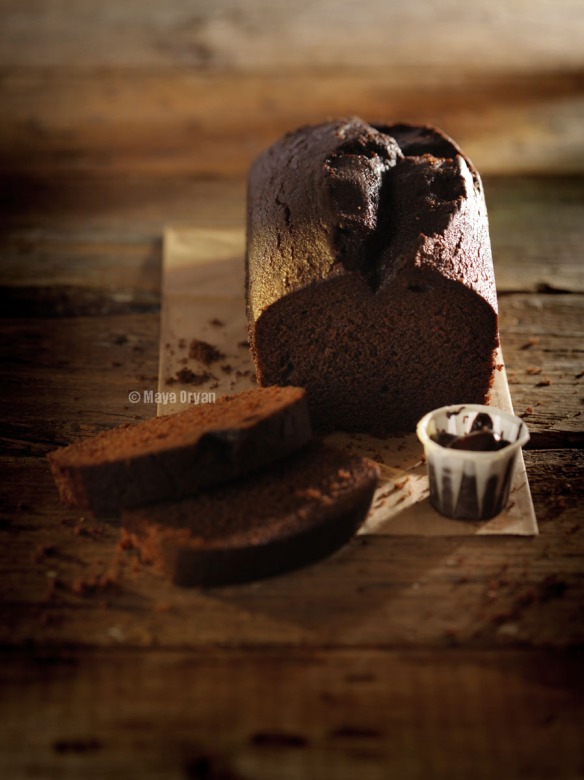 I don’t remember having a cake with beer inside until few months back when I was in New York City. My friend insisted that I try some, telling me that it doesn’t taste like beer at all. She was right it doesn’t taste the beer, but the stout inside adds a twist that calls you for a second bite and more. It’s moist, unlike you might be thinking it’s not bitter, but does have a deep tang.

I browsed few recipes online, all very similar. Most use sour cream, but I prefer the fresh organic yogurt I get straight from the farm. I used Almaza Lebanese beer, which I love, but you can use Guinness or your favorite dark beer.

I baked this same cake twice this week, and every single bite was a true dose of happiness!